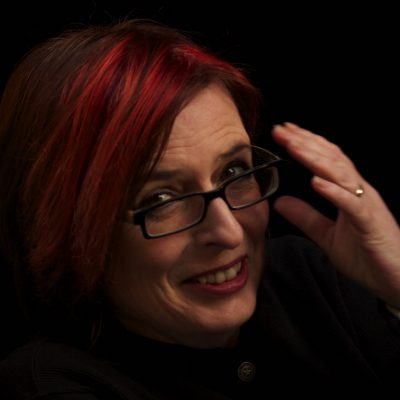 Alison Croggon, award-winning novelist, poet, librettist and critic, self-published a collection of poetry, New and Selected Poems 1991-2017, in August 2017. Croggon spoke with Australian Self-Publisher about her decision to move from traditional publishing to being a ‘hybrid author’, the advantages of self-publishing and her publishing plans for next year.

My most recent book, my first go at self-publishing, is New and Selected Poems 1991-2017. Which is what it says on the tin. In June 2018 I’m bringing out Fleshers, a dystopian science-fiction novel I co-wrote with Daniel Keene.

Up to this year I’ve been a traditionally published author, although as a critic and poet I’ve often self-published online—I ran a review blog for eight years and also a literary magazine for Masthead. Over the past five years I started getting depressed about the limitations of traditional publishing: a lot has changed, including advances. I write in a lot of genres, and hate repeating myself, and publishers are often averse to writers shape shifting. So I began to look at self-publishing, and in particular the economics, and considered a move to being a hybrid author. Basically, I thought, why not?

I had a trial run with the New and Selected Poems, which came out in August this year. Making that book was one of the most satisfying things I’ve ever done. Fleshers will be my first attempt at a commercial book. I was reluctant to traditionally publish with this one, because we’re hoping it will be a series, and I’ve heard too many horror stories of book one in a series doing badly in traditional publishing and the series consequently being cancelled, which leaves the writer hanging. So, it actually seems less of a gamble to self-publish.

I started self-publishing this year, and I’m based in Melbourne.

For the New and Selected Poems I did everything: page and cover design (I exercised maternal rights and asked my daughter Zoe Croggon if I could use one of her artworks for the cover image). For Fleshers, we’ve commissioned a designer for the covers, and arranged with another self-publishing author to swap proofing duties. We’re doing copy edits right now and, in future, I’m hoping we can afford to employ a copy editor—it’s the most laborious part of the process, aside from the actual first draft.

New and Selected Poems allowed me total control over the book. It includes poetry from all my previous books, but for the first time I could edit and arrange entirely to my satisfaction. I think it made a great difference.

In self-publishing? My single book so far, I think!

Coming to terms with marketing. It’s a steep learning curve, but I’m learning.

As I said, in June 2018 I’ll be launching Fleshers, the first book in the ‘Newport City’ series. Pinkers, book two, is planned for September 2018. We hope.