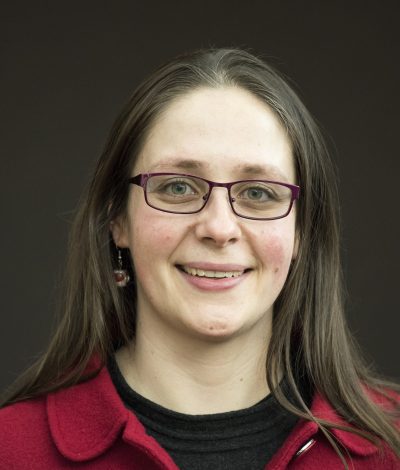 Louise Merrington on ‘The Iron Line’ and ‘Greythorne’

The Iron Line is a Gothic mystery set in 1880s NSW. Jane Adams takes a job on the railway in the small town of Tungold, but gets more than she bargained for when she sees a ghost train. When a railway official is murdered, it’s up to her to find out the truth.

My first novel, Greythorne, was traditionally published by an imprint of a Big Five publisher, but when they subsequently closed the imprint I needed to decide what to do. I chose to self-publish because I like having control of my books in terms of intellectual property, release dates and marketing.

I’ve been writing professionally for over 20 years, but Greythorne was published in 2015 and The Iron Line in December 2017. I’m originally from Melbourne, but I’ve just moved to Ipswich, Queensland, after spending 10 years in Canberra. The Iron Line is set in the Southern Tablelands region of New South Wales, near Goulburn, which is an area I’m very familiar with, so it was good to be able to release it before I moved away.

I contracted a professional editor, cover designer and formatter. I may look at doing the formatting myself in future, but the timing was tight, and I needed someone who knew what they were doing. I’m actually a professional editor myself (nonfiction), but I always pay another editor to look at my work because it’s so difficult to effectively edit your own writing past a certain point.

Likewise, I believe cover design isn’t something you should skimp on. For The Iron Line (which was my first fully self-published novel), I used the same cover designer who’d been contracted by the traditional publisher for Greythorne, which gives them a sense of cohesion.

The Australian setting. Greythorne is a very traditional Gothic mystery—set in a creepy old house in the north of England—but I really wanted to set The Iron Line in Australia. There’s a rich tradition of Australian Gothic and ghost stories, but I think many Aussie fiction authors, especially self-published ones, feel that they can’t write about Australia because it will alienate the US market. But I’m a big believer in the importance of telling Australian stories, and so far I’ve had a good response from US readers. The book also has a twist at the end that readers don’t usually see coming.

In 2017, Greythorne was picked up by two schools in Melbourne to go on their Year Eight reading lists. It’s meant I’ve been able to do workshops with students and teachers, and it’s really exciting to see kids engaging with my book in such depth.

The difficulty with self-publishing is that you have to finance everything yourself. It can be tempting to try to do it as cheaply as possible, but I believe that you get what you pay for. Managing the money can be difficult—but at the same time, it’s really exciting when you start to see the dollars coming in, even if it’s just a trickle at first. I made more in my first three months of self-publishing than I did in 18 months with a traditional publisher, purely due to the higher royalties and the ability to market my books more effectively, and I love being able to run it as a business.

Learn from other authors. There’s a huge variety of resources out there for indie authors—books, podcasts, Facebook groups—and many of these are free or low-cost.

Beware of vanity publishers and also people who tell you that you can’t succeed without the next great course.

The things to spend your money on initially are editing and cover design rather than marketing gimmicks, because having a product that’s the best it can be is the most important part of marketing.

Also, be prepared to treat it as a business and to put in the commensurate amount of work if you really want to get serious about it.

I’ve got a few projects on the go this year, and I’m not quite sure which I’ll finish first—a book of short stories, a new steampunk trilogy, an omnibus edition of my two novels plus a new novella, and adapting Greythorne into a screenplay. I also have a day job, so we’ll see how many of these New Year’s resolutions I can actually keep!