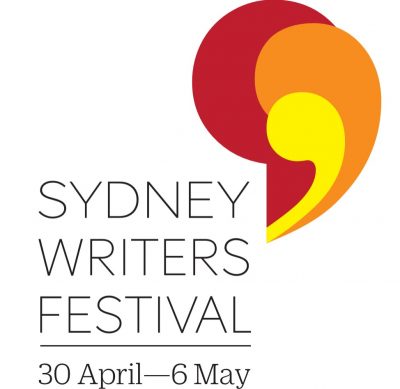 The program has been announced for this year’s Sydney Writers’ Festival (SWF), which runs from 30 April to 6 May.

Sixty international guests and 400 Australian writers, academics and public figures will take part in events held across greater Sydney, with the festival moving its main hubfrom Walsh Bay to a temporary home at Carriageworks and the Seymour Centre while the Walsh Bay Arts Precinct is redeveloped.

American authors André Aciman, Min Jin Lee and Alexis Okeowo will each deliver an opening address on the festival’s theme of power. Pulitzer Prize-winning US novelist Jennifer Egan will deliver the festival’s closing address about ‘the power of media culture and its relationship with storytelling’.

A two-day family program will be held at Sydney Town Hall on 5 and 6 May, featuring Jeff Kinney, Junot Díaz, Jacqueline Harvey and Leigh Hobbs. The festival will also bring back its full-day program dedicated to young adult fiction, which will be held at Riverside Theatres in Parramatta on 5 May.

International guests at this year’s ‘All Day YA’ include Patrick Ness, Jesse Andrews and Cleo Wade, while local authors Shaun Tan, Alice Pung and Jay Kristoff will also feature. Other highlights include a poetry slam between Omar Musa and Evelyn Araluen, and the return of Teen Con, where publishers pitch their forthcoming titles.

As previously reported by Books+Publishing, former UK children’s laureate Chris Riddell and British author A F Harrold will be among the children’s and YA authors participating in the festival’s schools program.

The festival’s Live & Local streaming program will bring events to regional and national audiences, with more than 35 venues signing on to broadcast select festival events.

The 2018 program will mark SWF CEO Jo Dyer’s last at the festival, as she takes up her new role as director of Adelaide Writers’ Week.

This news story first appeared in Books+Publishing on 16 March 2018. Books+Publishing is Australia’s leading source of print and digital news about the book industry, keeping subscribers up to date with the latest industry news, announcements, job advertisements, events, trends and more.