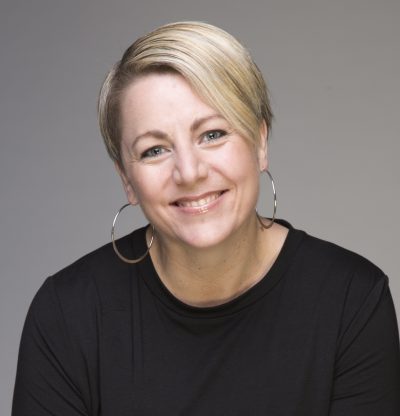 Nelly Thomas on her picture book ‘Some Girls’

An early childhood picture book that instils confidence in little girls by challenging gender and other stereotypes.

For creative control over the content and because traditional publishers move too slowly. I did pitch the book initially to one publisher and they took three months to say no. I didn’t want to waste more time as I felt the issue was urgent and needed to be discussed right now.

I wrote Some Girls in January 2017 and published it in March 2018. I live in Melbourne.

I wrote the book and contracted an illustrator, designer and publicist. I worked very closely with the illustrator on what images I wanted—I briefed her on exactly who I wanted included and how they should be presented. The designer then did all the text, fonts and layout.

It’s an issues-based book (about gender roles), but it’s not earnest. It’s got a lot of diversity, but it’s not heavy-handed. It’s fun, funny, bright and simply reflects my community. That makes it radical in some senses, but to me it’s just normal. Not all girls are blonde, blue-eyed, pretty and like Barbies. I just included kids doing what they do—having fun and loving each other.

Initially I thought I’d just print 100 copies—enough for my local community. I did a Pozible campaign and raised $20,000! We ended up getting three offers from publishers (not the one that rejected me initially!) and printed 6,000. We’re close to a reprint now. The biggest success has been the sheer reach; I have partnered with Black Inc to do the distribution (I am still the publisher) and they have gotten the book into far more places than I ever would have. It’s seemingly everywhere!

Time. And cash flow. It has taken over my life and to date, I’ve not drawn a cent. A lot of cash flow is needed for contractors, printing costs and other costs. I am on track to make that back—and hopefully some actual profit—but I’m almost 18 months in and I doubt I’ll see a return for at least another six months. You need some money in the bank.

Be very organised. Don’t do it until all your ducks are in a row and you’re ready to go. That includes some money in the bank and some contacts. Have faith in your project but don’t assume that will get you through—it must be a good project, done well and you have to have some serious business sense. If you don’t have the latter, go the traditional publishing route. You’ve got to know your own limitations.

Part 2: Some Boys. Same book but adapted for boys.