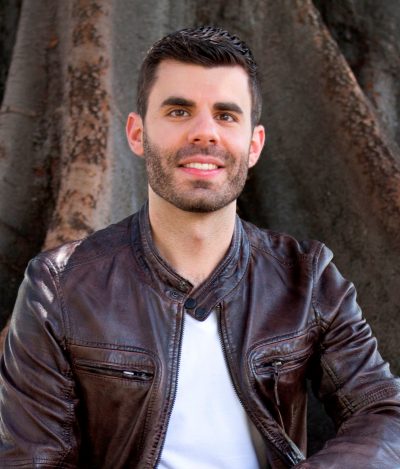 Beau Kondos on ‘The Path of the Lost’

The Path of the Lost is a YA fantasy novel based in the Cosm, a world where creative expression has been outlawed. Those who dare to practice art can harness magic from their craft. The characters journey down a labyrinth-like path, filled with formidable creatures to discover secrets of the Cosm’s past.

I originally submitted to publishing houses using the traditional avenues. Although I was ultimately met with those pesky closed doors you hear about, I appreciated the encouraging feedback some publishers provided. It revealed how subjective the whole process was. One publisher enjoyed particular elements that another didn’t, and vice-versa. I realised it was a tough game of chance to have your story fall into the lap of someone who felt strongly connected to it. Finding an agent to sell my novel overseas was just as tough as finding a publisher, so it felt like I had no other option but to self-publish. In retrospect, it was a blessing in disguise.

I was able to take creative control, designing the cover and choosing particular illustrators to bring a powerful symbol of my story to life. And having control over the content was just as important. When I was younger, the big publishers tended to play it safe. The content that can now be found in the mainstream was hard to come by less than ten years ago when it would’ve been more impactful and needed by minority groups. Self-publishing gave me the opportunity to take a risk and write the book I always wanted to read.

The idea for my story came to me from dream fragments around ten years ago, and that might explain some of the surreal dream-logic in some chapters. I developed these ideas by daydreaming during my accounting lectures at Melbourne University. At the time, I didn’t know that the story I was toying with would become a novel. It wasn’t until after I graduated I realised that if I wanted to make something of it, it needed to be now. I enrolled into a postgraduate writing course and further fleshed out my ideas and discovered my writing style with the invaluable help of a writing group. Six years and many, many redrafts later, I had a book that was ready to self-publish.

I was so happy with the editor who completed a manuscript appraisal, that I returned to them for both a structural and copy edit. After looking at the same pages for so many years, I cannot begin to tell you how helpful a fresh set of eyes was. I also hired a proofreader and commissioned three different illustrators, two to work on the cover and one to design my imprint logo. I was lucky enough to have a few friends who worked in the industry to take on the typesetting of the cover and internal pages. The Path of the Lost is printed by McPherson’s Printing Group and distributed by Black Inc. in both Australia and New Zealand. I also hired someone to convert my pages into an ebook, which I have uploaded on Amazon to be available globally.

It’s a crossover voyage-and-return story that begins in Melbourne and continues on in the fantasy realm of Cosm. This allows for the refreshing contrast between Australian vernacular and a world with a medieval setting and language. It also helped me to explore my fixation with losing oneself, something that is becoming more and more difficult in a world of hyper-surveillance and omnipresent screens. I believe that creative expression is a perfect way to let go and explore, and I wanted to tackle some big questions. What defines art? And why is it so important to our wellbeing? While books about magic are fairly common, exploring how art is connected to the soul was a lot of fun to do. I also believe teenagers are looking for something more layered than Insta-love narratives, and attempted to explore the grey areas when it comes to relationships.

I was absolutely stoked to find a distributor who believes in the value of my story as much as I do. Self-publishing gives the writer a lot of control, but having an established distributor, with all the connections to get my novel into bookstores smoothly, was a welcome relief in this very hands-on process.

Juggling the novel’s cash flow could have been more of a challenge than it was, especially when other financial obligations seemed to all land at once. Luckily a friend had encouraged me to use the Kickstarter crowdfunding website, which enabled me to create a customer base for pre-orders and receive the funds upfront to pay for the novel’s outgoings.

The other challenge was finding a test audience who knew the genre well and who were willing to give constructive criticism in the novel’s early stages. I had a lot of friends who were really excited to read my book, but YA fantasy isn’t for everyone, so there was a bit of a lag with this particular feedback loop. Luckily my writing group was a godsend!

Writing groups are essential. You might be reluctant to share your ideas, but finding a group of people who you trust with your work, and to be frank with their feedback is crucial. Also, don’t short change yourself by skimping on paying an editor. Established authors have their work edited multiple times. If you truly see your book sitting on the shelves next to the big guns, hiring an editor is a must.

The Path of the Lost is the first instalment of a series. At this stage I’m not sure how many more books there will be to bring the story to a close because it has evolved into its own organism. Characters decided to do things I hadn’t planned on and took the story in a different direction to what I had originally imagined. I’m excited to find out where it leads!