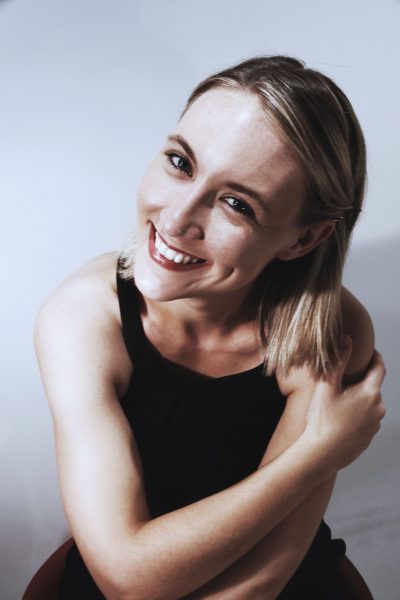 Helen Scheuerer on ‘Reign of Mist’

Helen Scheuerer, YA fantasy author and founding editor of Writer’s Edit (an online learning platform for writers), spoke to Australian Self-Publisher about her indie publishing experience.

Sure! Reign of Mist (out 13 September) is the second instalment in my YA fantasy trilogy, The Oremere Chronicles. It’s a fast-paced epic filled with secrets, deadly mist, forbidden magic and corruption.

Over the last four years or so, I learnt a lot about indie publishing through my website Writer’s Edit, and our small press (which published three creative writing volumes called Kindling).

It was thanks to this experience that pretty much as soon as I had the first draft of Heart of Mist I knew I wanted to take the indie route. I yearned for the creative control and the control over my publication schedule. I love the production aspect of publishing, and I wanted to be involved in the process from start to finish.

I’ve been on the indie publishing scene since 2013 when Writer’s Edit was established, but my experiences as an author are far more recent. My debut, Heart of Mist was released last year (2017) and received a great response, hitting the #1 spot on Amazon in under 24 hours. I finished writing the manuscript for Heart of Mist while I was travelling in the UK but I’m currently based in Sydney, which is where I’m originally from.

One of the reasons I’m not a major fan of the term ‘self-publish’ is because it implies it’s a solo effort. For me, I think when self-publishing is done right, it’s done in the same way that the traditional publishing houses put their books together: with a team.

I have a professional cover designer, an editor and a proofreader, as well as a street team (a team of readers and bloggers who review the books and help spread the word) for book promotion. I do my own typesetting and ebook formatting only because I have previous experience with these aspects of production, otherwise I’d be hiring a freelancer for those, too!

I think perhaps the blurred moral lines throughout the series is unique. None of the protagonists are wholly good, and that’s something I find refreshing about them. They’re all deeply flawed characters, they make mistakes (plenty of them) and we get to see them confront their demons internally as well as on the battlefield.

Hitting number one on Amazon in under 24 hours on launch day for Heart of Mist and then maintaining a top 10 position for the next 10 months or so. The official launch at Better Read Than Dead was also a standout—we had over 100 people show up, and the book hit the shop’s bestseller list as well.

I’ve also been able to live off Heart of Mist, which is something I hadn’t imagined for myself at the time. While being a full-time author definitely isn’t easy, it’s been the dream since I was very young.

Sadly, there’s still a lot of stigma surrounding indie publishing and so it can be hard to be taken seriously by bookshops, festivals, events and residencies. Most of the time I’m alright with that … Being an indie is what enables me to do what I love for a living, but sometimes trying to break into the industry can be frustrating.

I’m lucky that I love the different facets of book production and marketing, however it does mean that there’s a fair bit of juggling involved. I’ve especially learned that as I’ve moved onto the later books in the series. At any one time, I’ve got numerous books at different stages of production which can make the actual writing aspect of being an author tricky sometimes!

Being a self-published author is essentially running a small business. You are the author, the publisher, the treasurer and the marketer. Don’t underestimate how many different hats you’ll have to wear in order to make your book the best version of itself, and to get it into the hands of the right readers. Researching your options and hiring the right team is crucial.

The second book in The Oremere Chronicles, Reign of Mist, will be released on 13 September this year, with the third and final book in the series to be released in 2019. I also regularly publish prequel e-shorts to the series between books.

Newtown’s Better Read Than Dead will be hosting the official launch party for Reign of Mist.