In 2017, the LoveOzYA committee conducted a survey into the reading habits of the Australian YA community. Committee chair Stacey Malacari reports on the survey’s findings.

The LoveOzYA movement was launched in May 2015 to support Australian YA authors and to promote local content to local readers. Since then, authors, booksellers, bloggers, teachers and YA fans have all jumped on board to help the movement. In 2017, to better facilitate this mission, the LoveOzYA committee conducted a survey of the reading habits of our community, which was distributed via our mailing list and social media network. The survey served two purposes: to uncover data about Australian YA readers and to provide an open forum for the community to share its thoughts on the future of LoveOzYA.

The survey attracted more than 800 respondents, 28% of whom were aged 12 to 19 years old. The largest portion of respondents were aged 20 to 29 (32%). An overwhelming majority of surveyed readers (90%) identified as female, although male readers were slightly more represented among teenagers, (13% compared to seven percent overall). This could indicate the potential for a growing male readership or, on the flip side, a declining interest in the genre as boys age.

A larger portion of teenagers surveyed identified as non-binary or gender diverse (three percent) compared with the overall demographic (one percent). The interest in LGBTQIA+ was a notable takeaway, with 15% of both teenage and overall respondents identifying as LGBTQIA+ and queer books submitted manually by both teen and adult readers in response to the question about favourite genres. LGBTQIA+ content was also one of the top five responses to the question, ‘What would you like to see more of in Australian Young Adult literature?’ with 59 votes. It came in behind ‘Diverse’ stories’ (146 votes), fantasy (127), First Nations stories (66) and culturally diverse stories (62).

Teenage respondents were less likely to listen to audio books than overall participants (35% compared with 45%) but were equally likely to read digital books, with four percent of both demographics stating they preferred digital over print. Teenagers were more likely to find new books via ‘word of mouth’, bookshops and libraries over social media and book bloggers, suggesting younger audiences felt a need to browse a physical book before purchasing or borrowing.

The survey also gave participants the opportunity to share feedback on what they wanted to see tackled by the LoveOzYA community in the future. Many of the 300 comments referred to the demand for more events, particularly in Perth and Western Australia as well as in regional areas. The types of events cited spanned author talks, writing workshops and day-long festival events. The most common suggestion was a LoveOzYA festival being held outside Sydney and Melbourne.

Other key points were the need for more diversity, better engagement with schools and a stronger focus on teen voices and emerging writers.

In response to this feedback, the LoveOzYA committee has appointed its first teen representative, Joe Visser, to the committee, and will send him to All Day YA at this year’s Sydney Writers’ Festival. We will also be in talks with the community regarding more YA events, including those that support unpublished YA writers.

LoveOzYA has shared a selection of charts from its 2018 reading habits survey with Books+Publishing below. Pink/purple charts indicate responses from respondents overall, whereas green/yellow charts represent responses from teenagers. 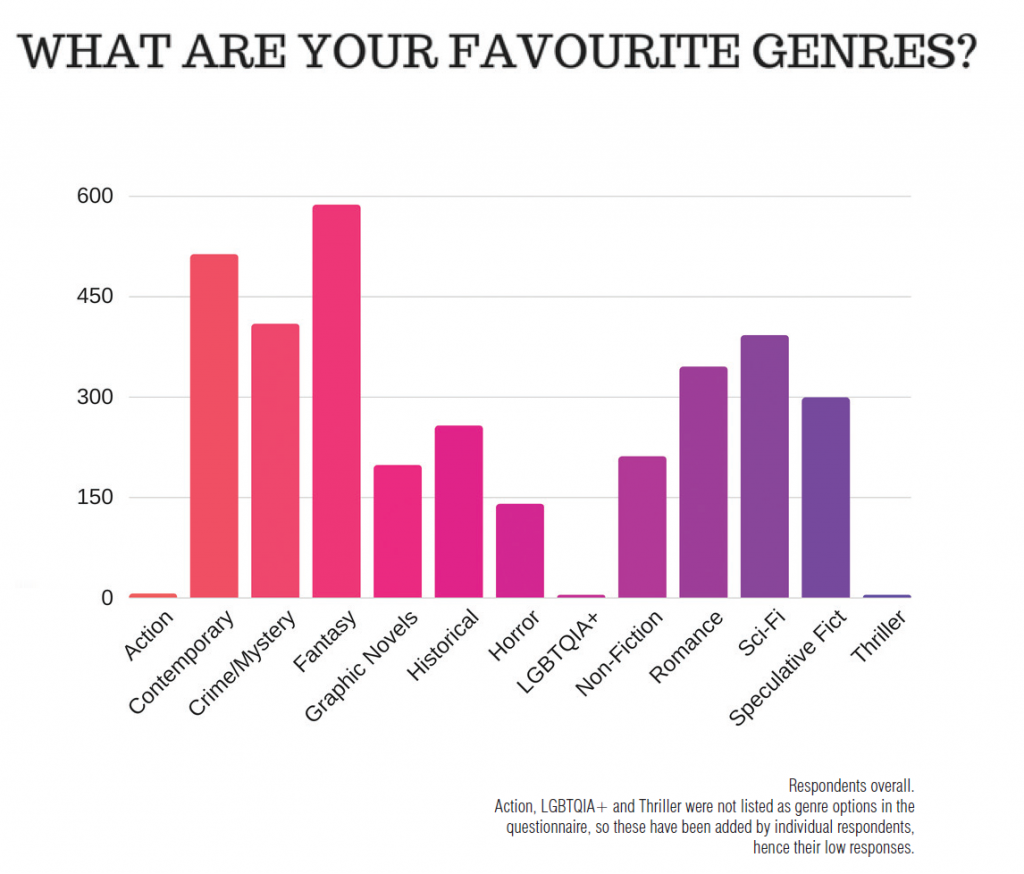 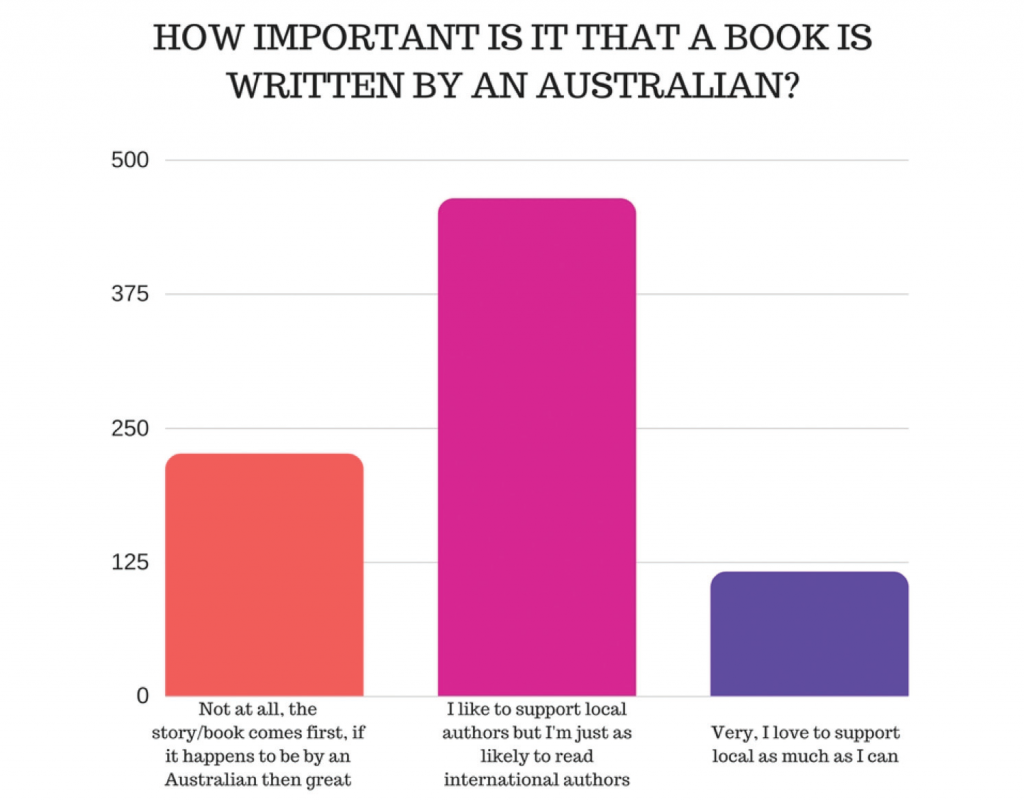 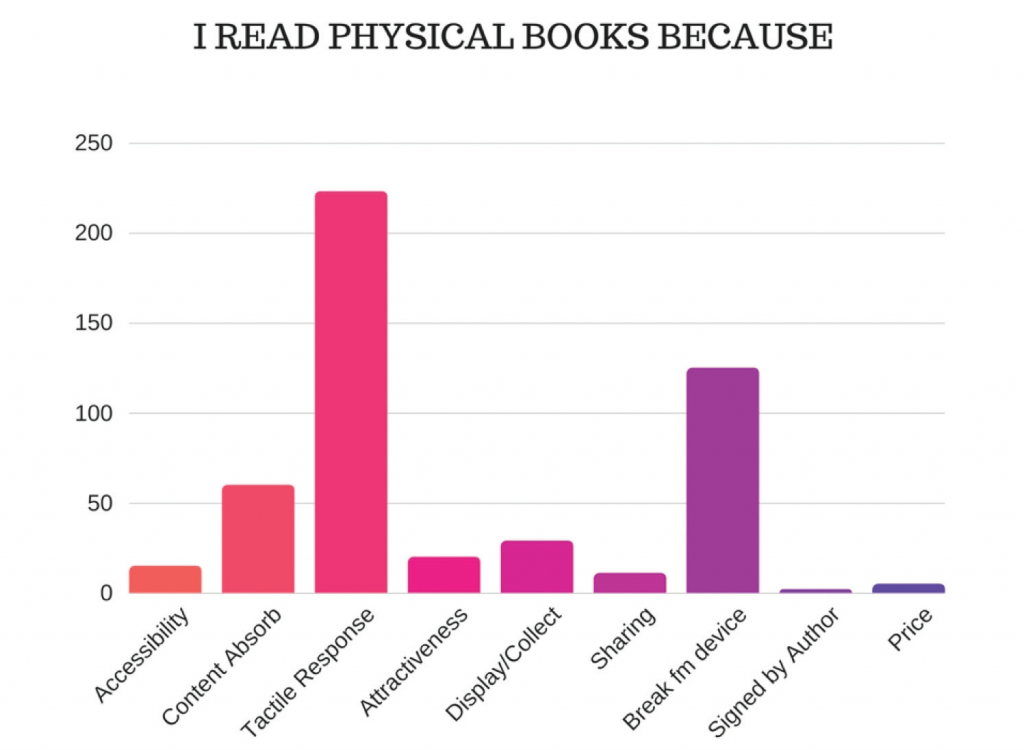 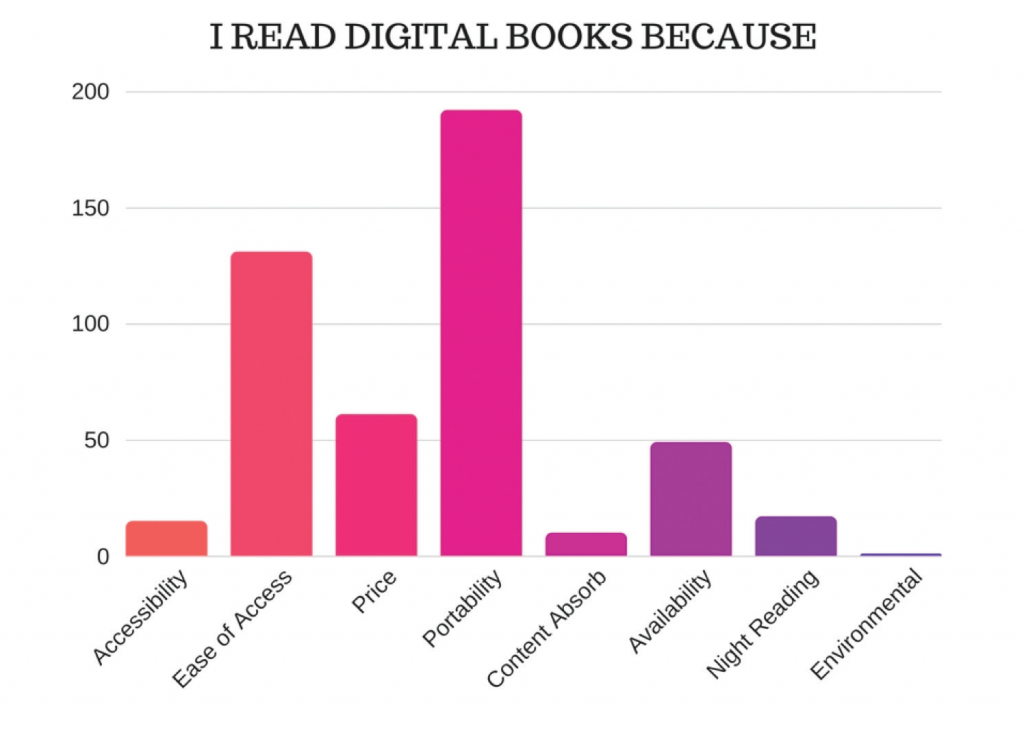 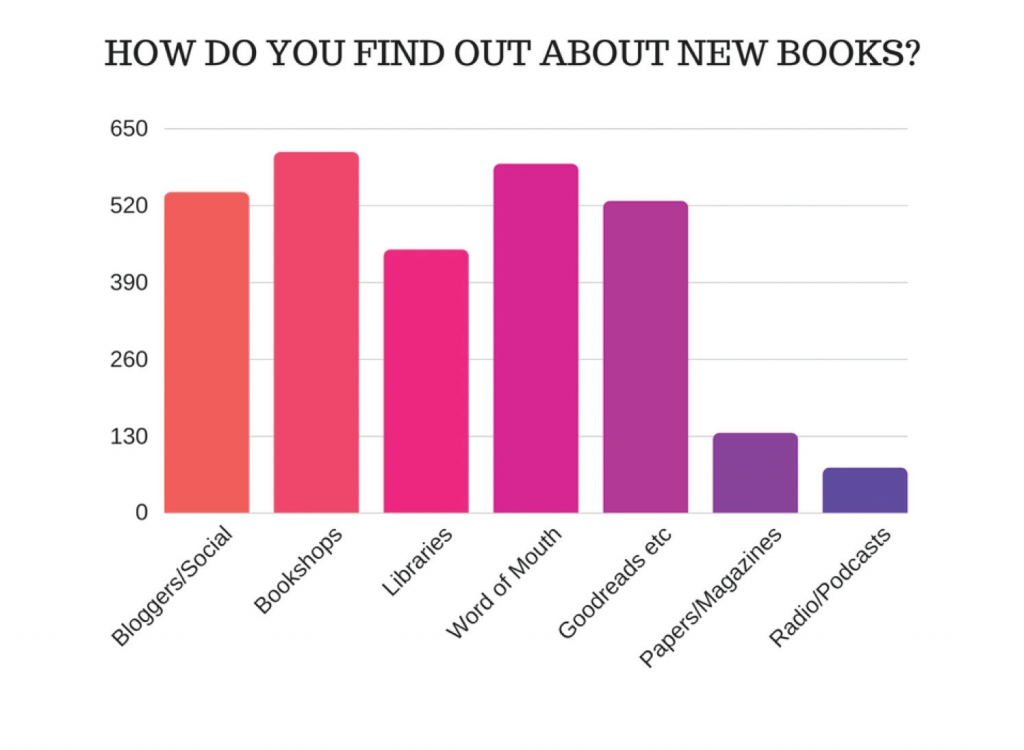 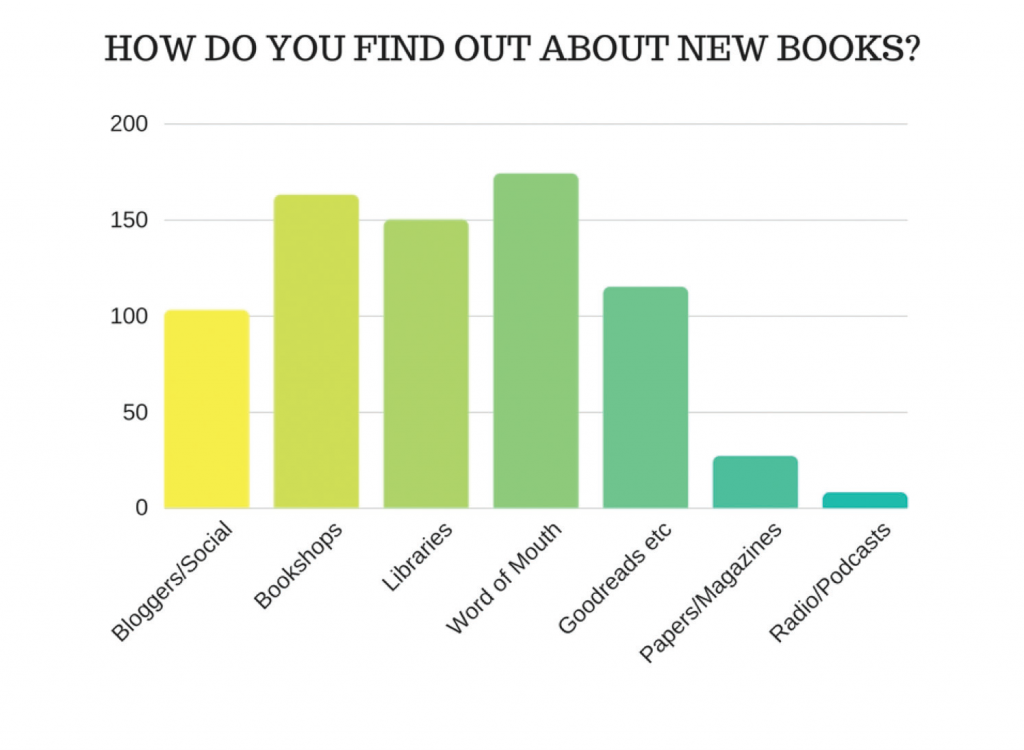 This news story first appeared in Books+Publishing on 5 July 2018. Books+Publishing is Australia’s leading source of print and digital news about the book industry, keeping subscribers up to date with the latest industry news, announcements, job advertisements, events, trends and more.