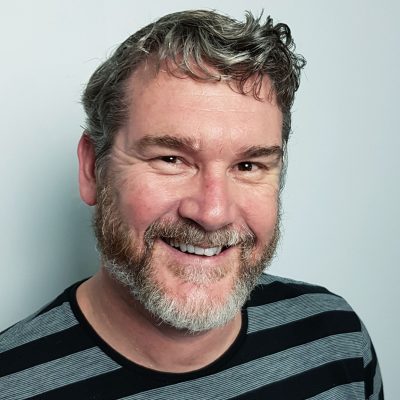 Excerpt: ‘So You Want to be a Writer’ Newsletter features

How the self-publishing industry has changed

Nigel George is an educator and author of five books on technology and self-publishing. In his first piece for Australian Self Publisher, he surveys the past five years of the self-publishing industry to look at what has changed and what authors need to do to stay ahead.

This year marks five years since I took my writing career seriously, four years since I wrote my first book, and three years since my first publishing contract. For the last year, I have worked as a full-time writer, having made enough money from self-publishing to support myself.

Coincidentally, 2019 is also the fifth anniversary of two significant events in the maturation and growth of the professional self-publishing industry—the release of the first Author Earnings report (n.b. the Author Earnings website was shut down in early 2019; archives of the reports can be found in the Internet Archive) and the launch of Kindle Unlimited.

Hugh Howey (author of Wool) was frustrated with the lack of data available to successful self-publishers in 2014. With assistance from a programmer, he created a data scraper that extracted sales data from booksellers’ websites.

By 2014 the publishing industry had undergone irrevocable change. Kindle was in its seventh year, and many authors like Hugh were making substantial incomes outside of mainstream publishing. Meanwhile, the traditional publishing industry was going backwards. Major publishers were closing or merging, and bricks-and-mortar book businesses like Borders and Angus and Robertson collapsed.

The Author Earnings reports were significant in that they gave new authors solid data to compare the pros and cons of traditional publishing versus self-publishing.

While authors weathered a constant barrage of doom and gloom from the traditional publishing industry, the new data showed a very different picture. Self-publishing was maturing from the realm of amateurs and charlatans to a legitimate and, ultimately, more lucrative path for professional authors who wanted more control over their writing career.

Five years on, professional self-publishers now not only hold the keys to the kingdom, but they’ve stolen the crown jewels too.

Indies are now the biggest game in town

For clarity, an independent publisher, or indie, is a professional who self publishes their books either under their name or through a publishing business they own. Not to be confused with small publishers who publish the work of multiple authors.

Indies sold 43% of all books sold online in 2017. The so-called Big Five publishers came in a very distant second with 26% of total unit sales. The remaining 31% of sales were distributed among multiple small publishing companies and other entities that sit outside of the usual publishing paradigm (e.g. writers cooperatives).

In terms of total dollars, indies earned about US$314 million (A$554.3m) in the US market in 2017. The Big Five are still ahead of the indies with US$559 million (A$809m) in total earnings; however, this is misleading as indies make far higher royalties than traditionally published authors.

Since 2015, earnings for traditionally published authors have been declining significantly. Indies earn just under 75% of all income paid to authors when you account for the difference in royalties. Allowing for the fact that a handful of mega-sellers dominate traditional publishing sales, the money paid to the traditional mid-list author is vanishingly small.

In 2019, if you are traditionally published, you are either a big seller or nobody. If you listen to the publishing industry and author advocacy organisations, the traditional mid-list author is a critically endangered species. However, if you look at the data, it’s easy to see the journeyman author—the one making a decent living from their writing—is not endangered, they’ve just moved to independent publishing.

Amazon’s bid for world domination is near complete

This year also marks five years since the launch of Kindle Unlimited (KU). Since it’s launch, KU has paid out US$840 million (A$1.2b) to authors worldwide. With KU and direct ebook sales, Amazon controls 89% of the ebook market. It also commands 72% of online new adult book sales and nearly half of all book sales by volume. Amazon’s dominance provides both opportunity and risk for authors in 2019 and beyond. While many more authors are making substantial incomes on KU, Amazon could use that market power to put downward pressure on author earnings.

Your chances of success are better … and worse

I firmly believe that authors have a far greater chance of making a decent living as an author now than they did five years ago. Professional authors willing to devote time to learning the fundamentals of successful self-publishing no longer have to waste years trying to get through the slush pile, only to see 90% of their income siphoned off by publishers and agents. ‘Traditional or self-publish?’ is no longer a valid question for anyone serious about their writing career because there are no barriers or gatekeepers between them and their ideal reader.

Unfortunately, the lack of barriers also makes success in 2019 more difficult. While billions of electrons are wasted lamenting the mountains of crap published each year, all these discussions miss the point. Authors who wish to succeed are not competing against the crap-mountain, they are competing against other authors who invested in self-publishing and marketing skills, and have built themselves an audience. Production is also much more important now. While it’s always been the case that authors making big money are also prolific, it’s the cost of doing business in 2019, especially for fiction authors. The challenge is achieving a balance between the needs of a professional self-publishing business and the need to follow the passion that drew us to the industry in the first place—writing books.

Nigel George is an author and educator. He is the author of five books on technology and self-publishing. Originally traditionally published, he discovered that authors have a far greater chance of success if they independently publish their books. When not writing and publishing more books, Nigel spends his time teaching other authors how to succeed at self-publishing. You can learn more about his work on his website: indiepublishingmachine.com.