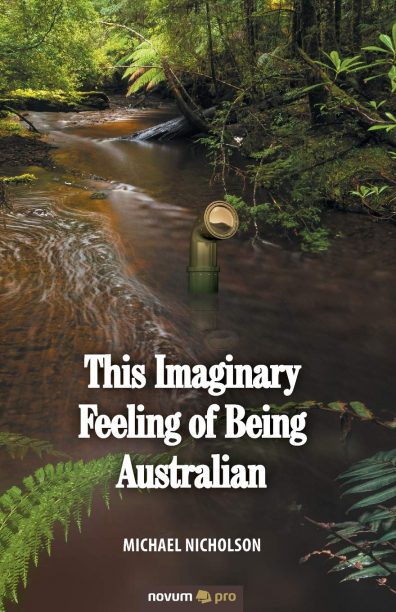 Mike Nicholson on ‘This Imaginary Feeling of Being Australian’

This month, author Michael Nicholson spoke with Australian Self-Publisher about This Imaginary Feeling of Being Australian—a political satire that imagines Australia as a naval superpower.

Describe your book in under 50 words:

A typographical error causes Australia to buy 150 submarines instead of 15. The nation is outraged and The Greens are swept into government with Bob Brown as president, and Australia becomes a naval superpower. Just as he sets out to make Australia a better place he is kidnapped.

I sent my book to various mainstream publishers, but either they rejected it or didn’t bother to reply. Some authors feel self-publishing is like having a dunce’s hat on in the classroom of would-be authors, but l wanted it published and by going to an American company, Novum, they supplied an editor who corrected it properly and gave advice, which was none. But nonetheless they got the book onto Amazon in Europe, USA and Australia, and that is hard to do. Last year l ordered a copy and it was delivered to an obscure address outside Istanbul on the Black Sea, so Amazon delivers.

What year did you start and where were you based?

We visited my wife’s mother in Istanbul in January 2017. It snowed a lot, and my daughter, who was then 14, encouraged me to write another book. l had two ideas floating around, so l got busy. It was a wonderful book to write and the first draft took about a month, writing all day and night. Then when we got back to Melbourne l spent a month or so doing a final edit.

I sent my first draft to my best friend, Professor James Simpson, who was then chair of the English and history department at Harvard University. He thought there were too many men in it. So l changed the storyteller and the speechwriter to women characters. I wrote everything myself, since l had already written about five books and been a comedy writer and researcher for TV over the years; [I] set up and worked on Rubbery Figures with my brother Peter on the ABC and then Fast Forward on HSV 7 for many years in the 1980s.

Generally political satires don’t sell in Australia, and The Greens only have about 10% of the vote, so l knew it would be hard to sell copies. Especially in a country that is basically conservative, and where the arts in particular are insulated and have ‘a club mentality’, yet grovel to overseas trends in Europe and the USA. Also Australia is well behind a lot of nations, like the UK and Germany, when it comes to policies that are forward thinking: saving old growth forests, coal mines, even recycling, just to name a few obvious ones.

Having a wonderful and critical daughter, Melissa, with my wife, Fatma, an architect from Istanbul, who makes us so happy. That’s easily my biggest success. However, producing lots of short films since the mid 1970s, which I wrote, filmed, directed, edited and got onto national TV is something l have been very proud of. Difficult challenges are always the most satisfying, if and when I achieve them.

Well l would like to get my book on school curriculums. At the moment, my daughter is in year 11. The first book this year in English was Macbeth. ‘It’s very hard to read old English, even though the plots etc. are interesting,’ she says, and I agree, but this book is 500 years old! And her second English book is Ransom by David Malouf. This book was written in 1972. With the world population at seven billion, with at least two billion English-speaking people, surely there must be books for year 11 students that are modern, fantastic and inspiring!

Well don’t be discouraged if mainstream publishers in Australia either reject you, ignore you, or mock you. If you feel your book is important then self-publish it, it’s not that expensive these days, only distribution is a brick wall.