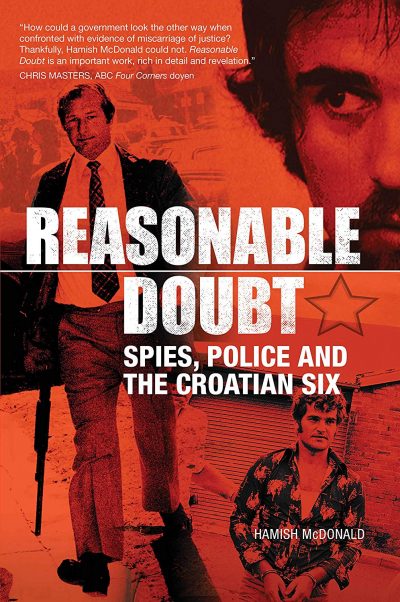 Journalist Hamish McDonald’s self-published book Reasonable Doubt: Spies, police and the Croatian Six was nominated for two awards in August: the Bad Sydney Crime Writers Festival’s Danger Prize (which was won by the podcast The Teacher’s Pet), and the Waverley Library’s $20,000 Nib Literary Award, which recognises the role of research in fiction and nonfiction. McDonald’s book is an exploration of a 1979 Sydney police raid of a young Croation migrant family and the subsequent trial—a saga involving the Yugoslav secret police, ASIO and Sydney’s underbelly, and which McDonald calls ‘Australia’s biggest miscarriage of justice’.

Aislinn Kearns was among the winners at the 2019 Romance Writers of Australia (RWA) Romantic Book of the Year awards—known as the Ruby Awards—which were announced on 10 August at the RWA conference in Melbourne. Kearns’ novel Undercover Fighter­ is the third book in her ‘Underground Fighters’ series of books, set in the world of illegal cage fight matches.